Another heavy week of exercise, only this time it felt much more manageable. There was a slight increase in mileage this week but not much more and the rest of my routine remained the same. In total it was 5 days of cycling, 4 days of running, 2 gym sessions and 1 day of hiking. After the previous week where it all felt a bit overwhelming I needed to find out whether I was overdoing it or whether week 4 was just a tough blip on the road to marathon success.

One major thing that changed this week was my calorie intake. As you can see from above I am burning a massive amount and that doesn’t include my gym sessions so it would be over and above 10000 calories from exercise alone in 1 week. I am not trying to lose weight so after discussing with my girlfriend we decided that I needed to eat more in an attempt to stay on top of the fatigue that was setting in. So I added my girlfriend’s homemade energy bars, cashew nuts and raisins to my daily menu whilst also trying to eat 1 avocado per day. Having to eat more is something I am very happy to add to my routine and it definitely helps. I feel much better this week. This is how it all broke down. 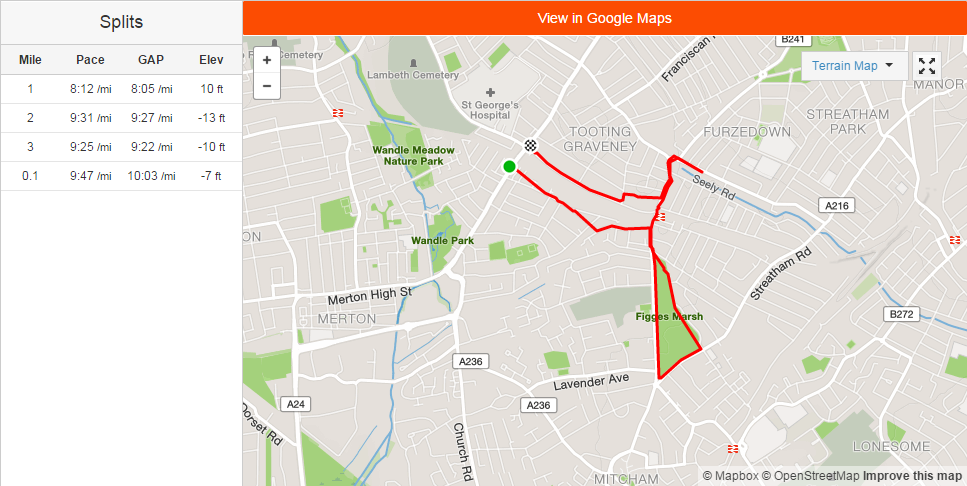 This was my easy run after a hard weekend of walking and running. The legs were pretty stiff so I just ran to the gym. The gym is about 400m from my house so I went the long way. Up on to Figges Marsh and then pottering around Tooting before getting to the gym where I spent an hour working on my upper body and core. You might think it’s odd that I’m working out my upper body but you need a strong everything to be a runner and I am not going to be able to build massive muscles due to the amount of cardio so I will just be toning and strengthening what’s already there. And there’s no harm in that!

Rest day! An actual day of rest! Well… I cycled to work and back but that was quite chilled (and chilly) so I’m not including that. In all honesty I felt quite shattered so decided that, as it was only Tuesday, I still had the rest of the week to get 2 runs in. Plus it was raining. So I went to LIDL instead. 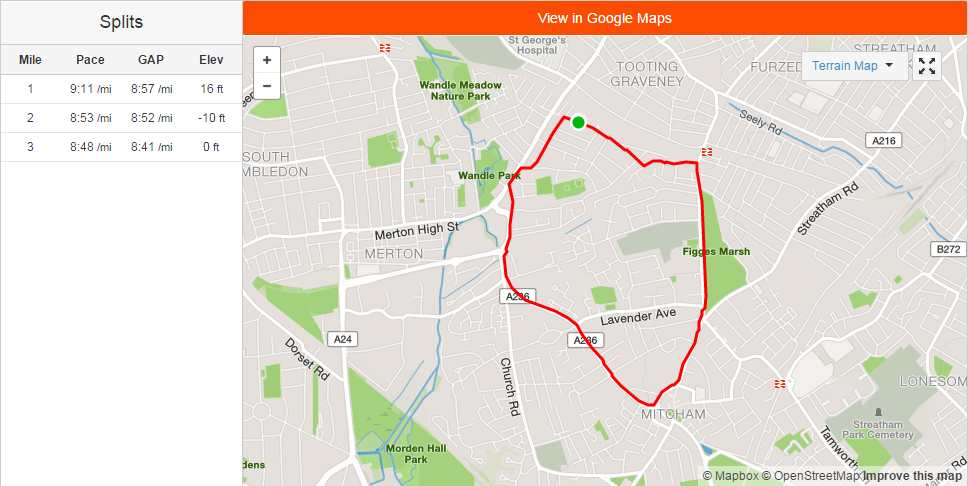 Another easy paced run. This would normally be my longer faster paced effort but I could only get 3 miles in before the Arsenal game so it was the best I could do. My legs felt good. 6 miles of running in 3 days meant that I was fairly rested. I just ran my local loop in reverse. Nothing special. 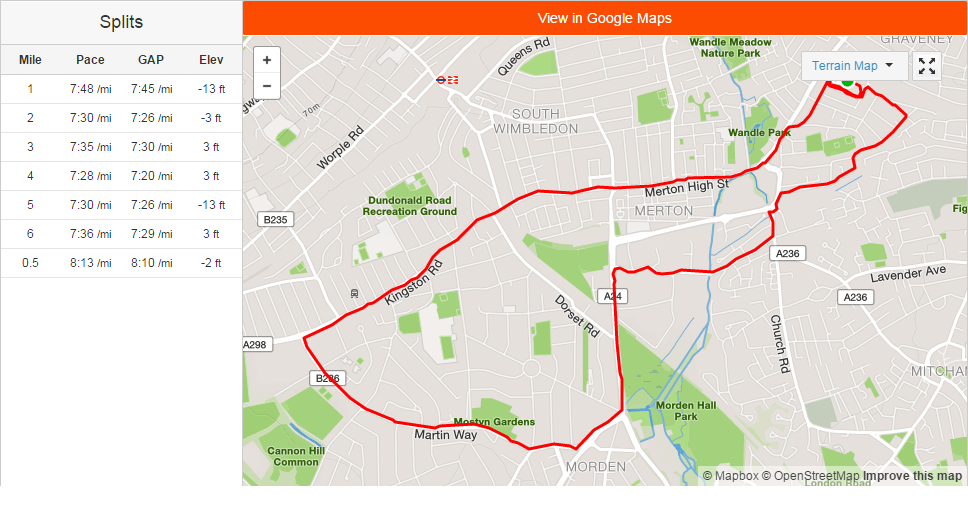 This was it then. The crux of the week. The one I dread. The one that hurts. I always feel so anti this run before I head out. I do enjoy running. I like long runs where I can go on an adventure. I knew this would be in the dark on main roads and that it would make my heart pound and my lungs would be pushed to their limit. But I did it. I completed a strong paced threshold run for the full 6 miles. I was going at such a pace and feeling so good that I finished with a couple of loops round my block to take the distance up to over 10k so I could beat my PB. Completely unnecessary but good for the ego. Once I finished I felt elated. Knackered yes but I felt a great sense of accomplishment. I am now in a position where I can run hard and fast for an extended period of time. I remember my first parkrun was with 9:30/mi and now I was doing double the distance with 2 minutes knocked off every mile. It’s just amazing to think about the progress. And I love it!

The girlfriend was away so I went to the gym and did some weights. No running just some upper body work to fill the time.

A very fast 12 mile hike. It only took about 4 hours as we went up the union canal from Denham to the coldest pub in Watford. It was splendid. Beautiful weather again. Crisp, cold and clear. Just what you want. I’ll do a write up shortly with some photos and route details. 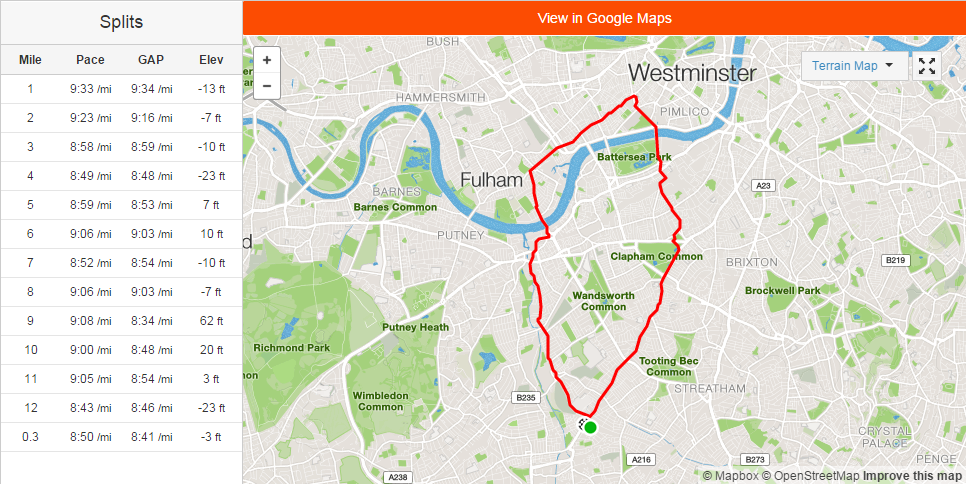 This week’s long run took me up through Earlsfield and Wandsworth to Chelsea. Along to Sloane Square and then down through Battersea, Clapham, Balham and Tooting. A bit different to my serene and empty trot along the Wandle Trail but I fancied a change. It was great. A bit snowy, quite quiet and at a strong pace considering the distance. This is approximately the pace that I want to be running my marathon so it’s positive to see that I can at least keep it up for nearly half the required distance. I compared it to last year’s 12 miler on the same route and it was 17 seconds quicker per mile this time around. In all honesty I thought that I would be a lot quicker  as I seem to remember my long runs were around about the 10 minute per mile pace but I guess they were the really long runs.

All in all a very strong week. I really feel like I fueled myself better this time around which just goes to show how important the diet is when training. I used to think that as long as I put the exercise in then I would be ok but really when it comes down to it you have to be so careful what you eat. You need to get an increased amount of calories in whilst also making sure that you are hitting the required numbers of carbs, protein and fats. A tricky balance but one that pays off when you get it right. Now it’s time to watch football and eat ice cream…