Crikey, week 4 already! Definitely my biggest 7 days of exercise in a long time. As you can see from the stats above it was fairly exhausting. I think I was trying to make up for the Christmas festivities (…) from the previous week or 2 (or 3). This week saw an increase in the midweek long run and also a considerable rise on the weekend run. 23 miles required for the marathon training but that was just the tip of the iceberg…

After our big hike on Saturday and a 6 miler on Sunday my legs were feeling pretty weak and it was only Monday. I already knew that this was going to be a tough week. Hopefully one which will pay off in the long run (pun not intended). I went on a slightly different route than I have done before. I mean, I’ve done the whole of the local area but I hadn’t done these particular sections as part of the same run. There’s only so much variety that can be achieved in 3 miles! After this it was down the local gym for an overdue upper body workout.

This was a tough workout. It may not sound like there is much of a difference between 5 miles and 6 but let me tell you that when you are doing it at 85% of your max heart rate there definitely is! I still think I’m doing this run too fast. It’s meant to be at my marathon pace but it’s not. It’s been 4 weeks now and I still haven’t stopped it so I will continue to try to do these runs at this sort of pace as it can only been doing me good. However, if the mileage gets too much I know this is an area in which I can ease off a bit. The route was pretty good with the halfway point somewhere on Wandsworth Common. It was new to me so was fairly pleasant. There was a long and steady hill for about 1 mile on the way out but that just meant that there was plenty of downhill on the way back. Definitely the better way round. 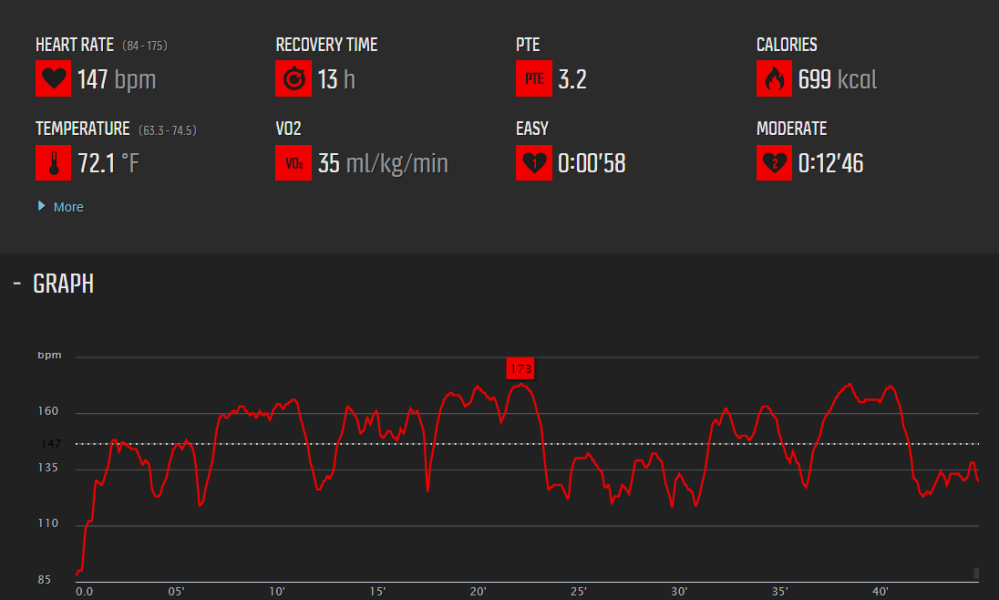 No, this wasn’t a watch malfunction. I was attending my first KZ Body Shape class. Still feeling the effects of the previous night’s run and the gym workout from Monday I was off to a church hall in Wimbledon to support my girlfriend’s new HIIT fitness class. I figured I could just take it easy and give my body a full workout but nothing to extreme. After all, how hard are fitness classes right? Fool me. It was brutal. She drove us all so hard and obviously there was no chance I could take it easy. I ended up burning 700 calories and absolutely destroying my already shattered body. Great fun but owwww! 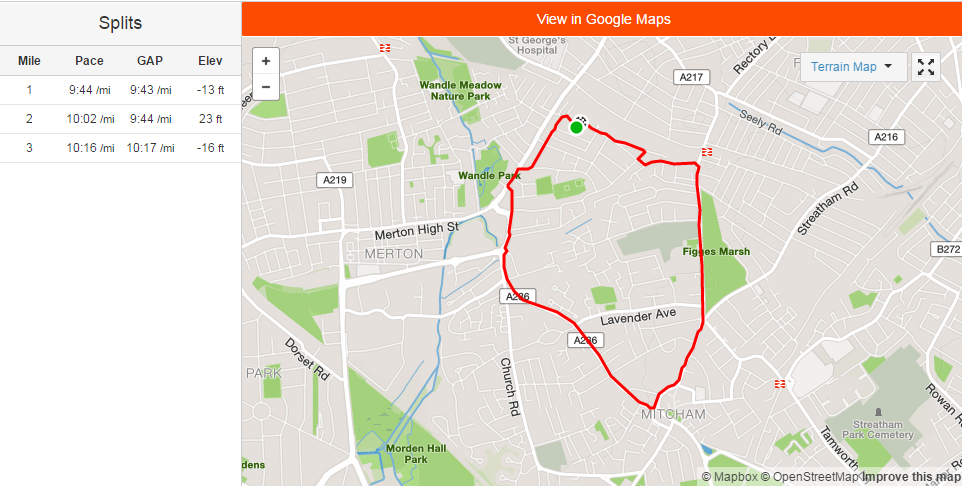 This should have been my easy run to end the weekday activities. Believe me, there was nothing easy about this run. After a week of leg pummeling it took a lot of mental strength to get me out of the house. It took even more to get me around my local 3 mile loop and back home without stopping and giving up. I was feeling the effects of a hard week of training. 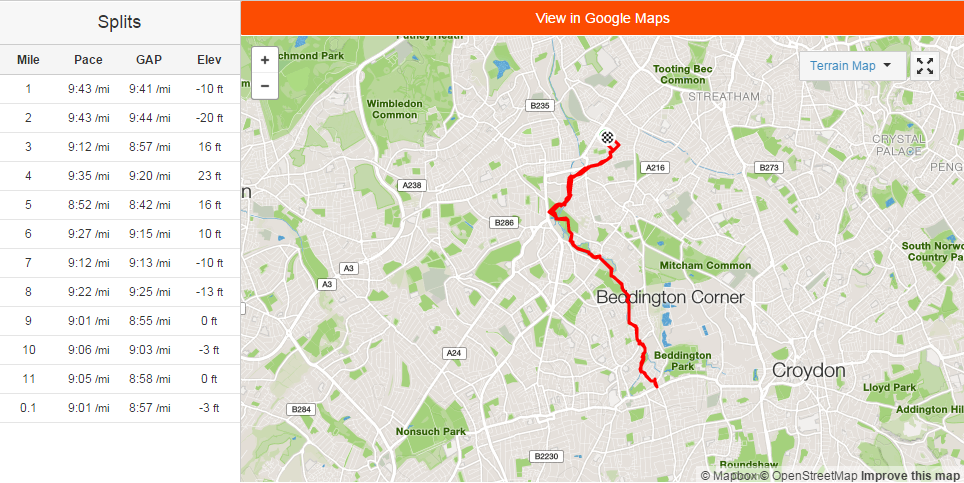 After Friday’s rest day I was feeling fully recuperated, refreshed and ready to go. Wrong. My legs still hurt this morning. That HIIT class really took it out of me! I had to do it today though as tomorrow I am busy. I set off running with aching legs. 2 minutes in and I cannot feel the pain and am feeling great. I went further down the Wandle Trail than I have ever been before. In and out of parks, following the river before getting lost in Carshalton. Realising I was only half way I gave up on my quest and headed back home following the same route. Having checked the map I now know where I need to go and will be going further than ever before – once again – on next weekend’s 12 miler.

The more I run this path the more I want to set up an ultramarathon. I’m going to write a post about organising a running event later in the hopes that laying out some of the challenges on here may force me in to the next step of actually doing it! The biggest issues I see are that the trail goes through 3 boroughs of London which presumably means 3 times the bureaucracy. Whilst it is mainly through parks and along trails there are 5-10 main roads to cross. Some of which are extremely busy. We wouldn’t be able to close the roads but there would have to be something in place. Hmm, it’s definitely something to think about but I’ll leave it to another post.

A good week all round although I do wonder if I am overdoing it. I’ll have to see how things goes next week. If things improve in my legs then I know I am getting stronger. If things get worse or I start to feel fatigued I may have to lay off some of the cycling. Not something I want to do by any means. For the remainder of my Saturday I will be resting. In preparation for my 12 mile hike tomorrow. Rest? What rest!?